A Poet’s Poet: The Legacy of Naomi Long Madgett 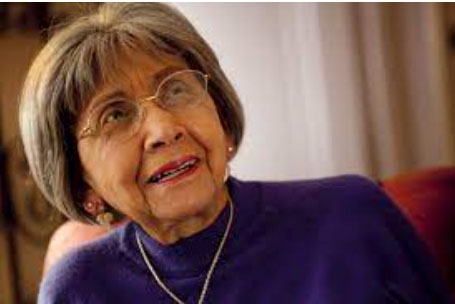 The New York Times wrote, “Naomi Long Madgett, the longtime poet laureate of Detroit was as well known for publishing the work of others as she was for her own verse.”

A gifted poet, publisher, educator and mentor, Madgett is one of Detroit’s living legends. She helped establish a voice for African American females in a world where they were not yet heard.

She founded the Lotus Press in 1972 which in later years merged with and developed into Lotus Broadside Press to champion the literary accomplishments of under-recognized writers.

Her pioneering efforts for fairer representation of literature by African Americans in high school and college textbooks inspired the Detroit Public Schools to make her book, Octavia and Other Poems, required reading in all public high schools in Detroit.
Today she remains a literary heroine, and her influence was immeasurable.

On Friday April 23rd, in honor of National Poetry Month, the Carr Center will present… “A Poet’s Poet: The Legacy of Naomi Long Madgett” an evening of remembrance, performance and poetry. Register for your free direct access tickets here.