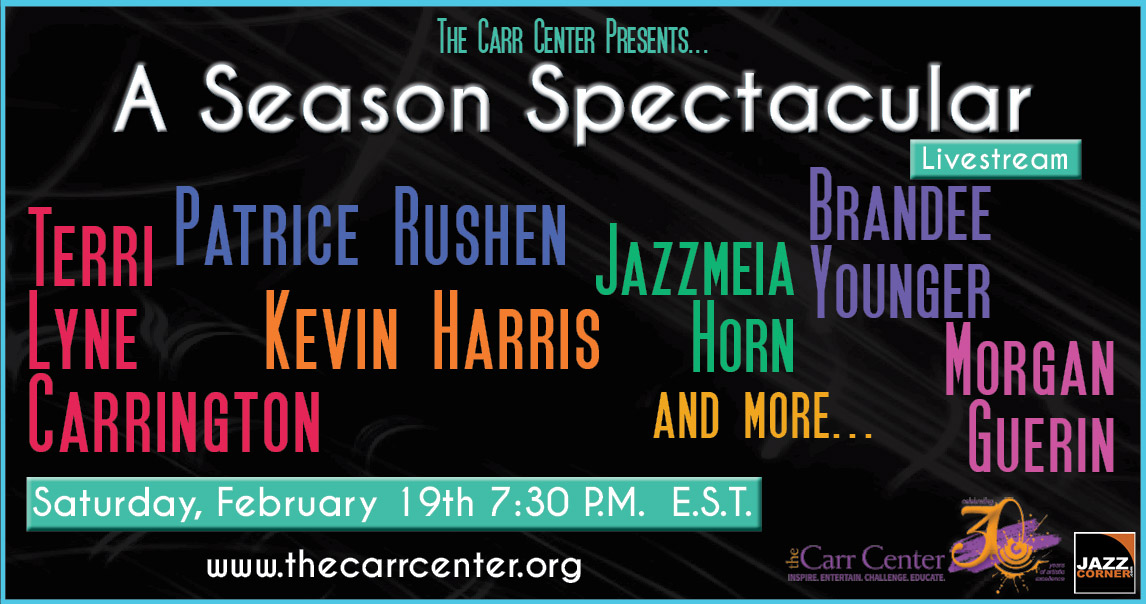 Led by the Carr Center’s Artistic Director, three-time Grammy® Award-winning jazz musician and educator Terri Lyne Carrington, this Livestream Event is an ENCORE Presentation of “A Season Spectacular” The Carr Center’s first LIVE concert event in more than a year, which took place on November 6th in Detroit.

Headliners include the award-winning musician and composer, Patrice Rushen, who is one of the most sought after artists in the music industry. Patrice is a classically trained pianist who originally found success in the 70’s and 80’s with her signature fusion of jazz, pop and R&B. During this era, she composed and recorded the hit song,   “Forget Me Nots,” which has been frequently covered and sampled by other artists..  and she is now considered among the best jazz pianists in the world.

Joining them was Brandee Younger, the sensational classically trained musician who plays the harp in the avant-garde tradition of Dorothy Ashby and Alice Coltrane and is known for expressive interpretations of traditional harp repertoire and….

New York/Boston-based jazz pianist and composer, Kevin Harris. Harris plays a distinctive combination of traditional and contemporary music that seeks to celebrate the musical influences of Thelonious Monk and Miles Davis intersecting with J.S. Bach, Scott Joplin, and the folkloric African rhythms of the Caribbean, and…