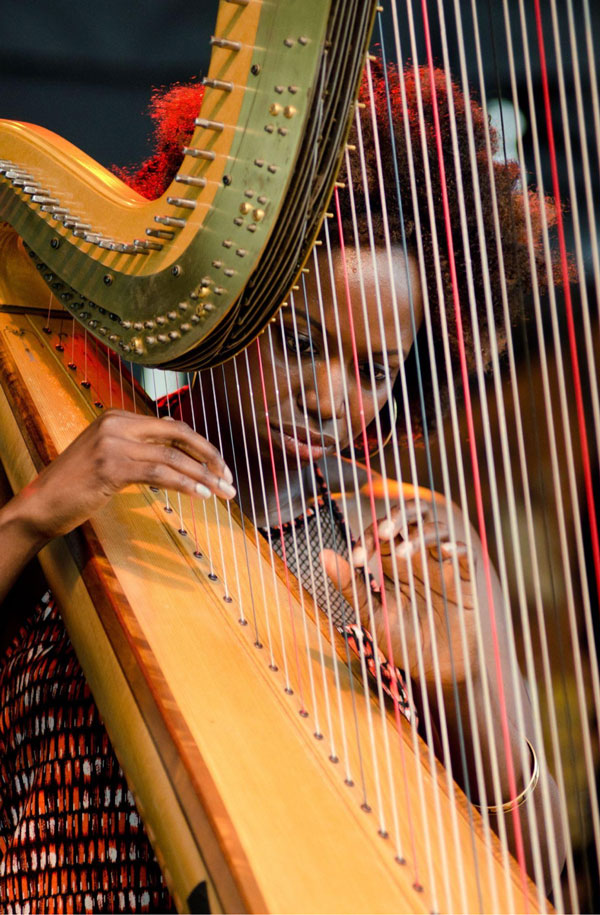 Brandee Younger infuses classical, jazz, soul, and funk influences to the harp tradition pioneered by her predecessors and idols Dorothy Ashby and Alice Coltrane. Younger leads her own ensemble, performs as a soloist and has worked as a sideman for such musicians as Pharoah Sanders, Jack DeJohnette, Charlie Haden, Bill Lee and Reggie Workman, and other popular artists including Lauryn Hill, John Legend, Common, Ryan Leslie, Drake, The Roots, and Salaam Remi. Younger is noted for her work with saxophonist Ravi Coltrane, who was featured on her 2019 release, Soul Awakening.

Brandee will be a featured artist on November 6th, “A Season Spectacular!” Celebrating the 30th Anniversary of the Carr Center, Tickets. AND she will return in April as a featured performer in “The Carr Center Presents… The Great Jazz Women in Detroit,”both concerts under the musical direction of our Artistic Director, Terri Lyne Carrington. Tickets.