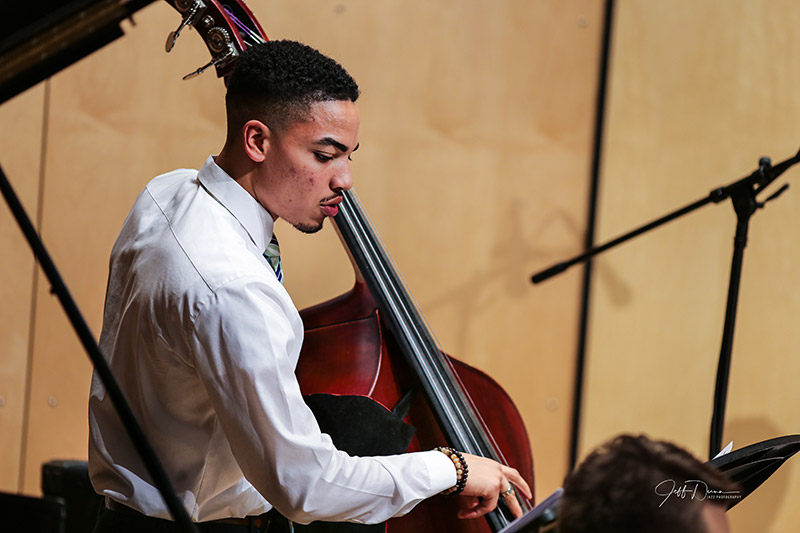 Brandon Rose began playing the bass guitar at the age of 5. He asked his father to buy him a bass guitar for Christmas while on stage at Word of Faith Christian Church in Southfield, Michigan. Brandon began working with Henry Roberson, the church bass player and after one lesson Mr. Roberson proclaimed, “this kid is a natural ! ” Brandon continued his studies and eventually honed his skills playing bass for the youth choir at Word of Faith.

Over the years, as Brandon’s talent developed, he was invited to Los Angeles on several occasions to play his bass in vendor’s booths at the NAMM show and for Bass Player Live sponsored events. He is endorsed by Fender Bass Guitars, SWR Bass Amps and D.R. Strings.

Brandon has played with and for bass greats such as Marcus Miller, Stanley Clark, Ricky Minor, Ralphe Armstrong, Jeff Berlin, Christian McBride and Rodney Whitaker. He has appeared in Bass Player Magazine, performed on the Bobby Jones Gospel Show and made it to the third round of tryouts for NBC’s America’s Got Talent.  Most recently Brandon auditioned and was accepted as a Geri Allen Fellow with the Carr Center. He is now a member of The Gathering Orchestra where he will continue his professional development for the next two years.