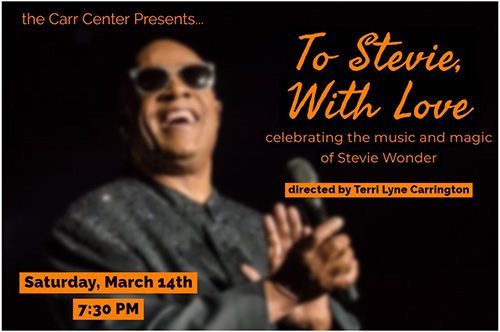 the Carr Center Presents … “To Stevie, With love …” under the musical direction of Terri Lyne Carrington @ Detroit School of Arts

Stevie Wonder is an undeniable musical genius, a force of nature. His consummate body of work is genre bending and without boundaries. It embodies foundational elements that allows the work to adapt well into many styles. To Stevie, With love… will tribute this master musician and songwriter with vocal and instrumental jazz renditions of  his iconic songs, merging some of  today’s trailblazing jazz artists with local Detroit artists. Stevie’s work is prolific beyond compare, universal and timeless … and this concert, under the visionary direction of Terri Lyn Carrington, Co-Artistic Director of the Carr Center, will take us on a journey to capture, a sound that imagines how Stevie would have sounded if he had immersed himself in the New York jazz scene. 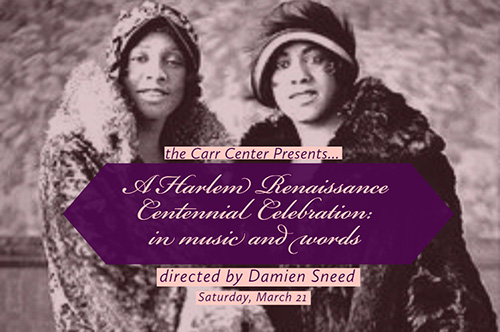 The Carr Center is producing a four-part series of events commemorating the 100 year anniversary of The Harlem Renaissance. This is the first concert of the series and will take audiences on a journey from the spirituals, opera arias of Scott Joplin, harmonic masterpieces of Hall Johnson, art songs and poems of Harry T. Burleigh, to the melodic chords of Samuel Barber, and the well-known hit songs of George & Ira Gershwin. Damien Sneed returns to Detroit to lead a gifted ensemble of classical chamber musicians and singers in this debut exploration of the music of 1860 to the 1930s, for strings, piano and voice, that led to the explosion of Black artistic creativity in the 1920s. 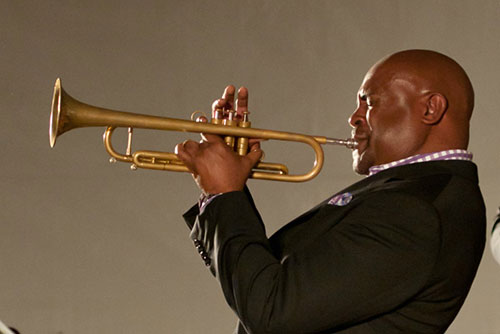 The third installment of our MSU Jazz in Detroit series features Terrell Stafford, a brilliant trumpeter, bandleader and successful recording artist on dozens of albums (including five under his leadership). Terrell has been hailed as “one of the great players of our time, a fabulous trumpet player” by piano legend McCoy Tyner. He is known for being a gifted and versatile player with a voice all his own. Terrell is also a renowned music educator. He is currently the Director of Jazz Studies Temple University and a featured soloist with the Grammy Award winning Village Vanguard Jazz Orchestra. 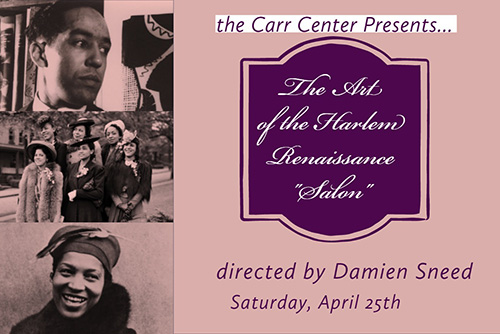 the Carr Center Presents … The Art of the Harlem Renaissance Salon, directed by Maestro Damien Sneed

Performance: During the Harlem Renaissance — the black social, cultural and intellectual awakening of the 1920s and 1930s — Harlem Salons were the quintessential gatherings of the nation’s most gifted and creative black writers, artists, musicians and thinkers. Using the intimacy of a uniquely transformed performance location, this third installment of our Harlem Renaissance Centennial series will recreate that truly magical time for one special weekend with an unforgettable presentation in music and words under the direction of Damien Sneed. 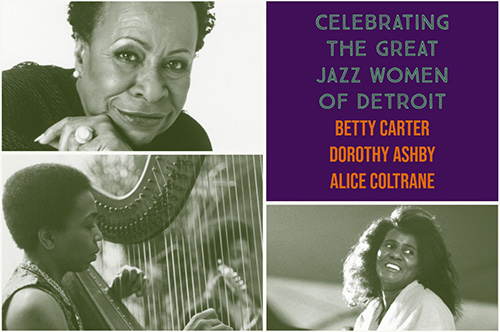 Detroit has always played an essential role in the development of Jazz. None is more important than the contributions of these three African American women whose jazz prowess and prodigious talents left indelible marks on the idiom.

The Great Jazz Women of Detroit pays tribute to these amazing women and others that have held close to their heart the jazz tradition, from Sippie Wallace to Anita Baker. We are living in a time where justice and equality for everyone in the gender spectrum is being called for. This concert honors some seminal and groundbreaking female artists, and also acknowledges the importance of creating space for a more balanced artistic future. 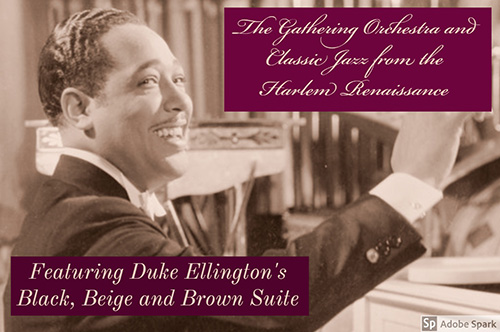 the Carr Center Presents …The Gathering Orchestra in concert, under the direction of Carr Center Resident Artist, Rodney Whitaker

The Gathering Orchestra ends our 2019 – 2020 concert season with the 4th installment of our celebrated Harlem Renaissance series. In addition to highlighting the classic jazz sound that defined the Harlem Renaissance, this final concert will feature Duke Ellington’s, Black, Beige and Brown Suite, with musical direction by Rodney Whitaker