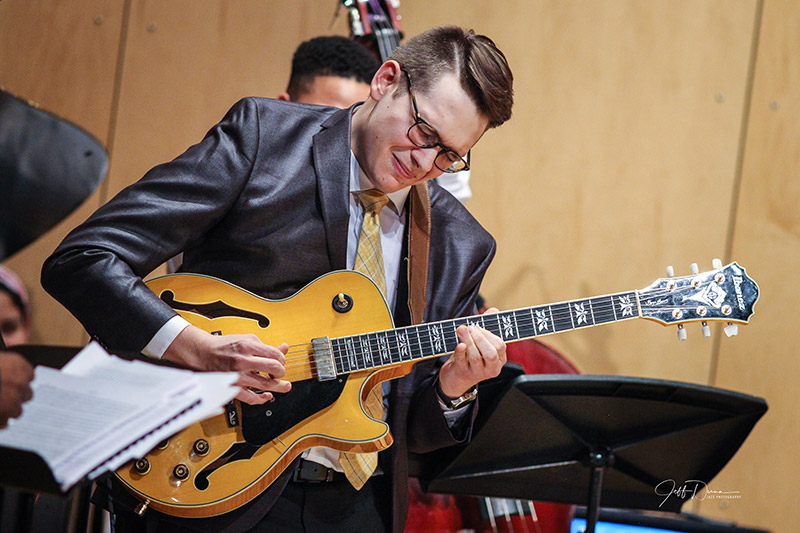 James Zito is a New York based guitarist, composer, and educator. A native of Orlando, Zito has distinguished himself as a soulful player beyond his years. He is a graduate of the Osceloa School for the Arts and the Manhattan School of Music. James was described in Artslife magazine as “The Natural”. Some of his most notable accomplishments range from performing in New York’s finest jazz clubs, to being the youngest member of the Dr. Phillips Jazz Orchestra. He has played alongside some of the top rated musicians in New York and Florida including: Rodney Whitaker, Michael Dease, Daniel Jordan, Leon Anderson, Wycliffe Gordon, Dick Oatts, Grant Stewart and many more.  This fall James was accepted as a Geri Allen Fellow at The Carr Center where he will continue developing his professional skills as an educator and a performer with The Gathering Orchestra for the next two years.