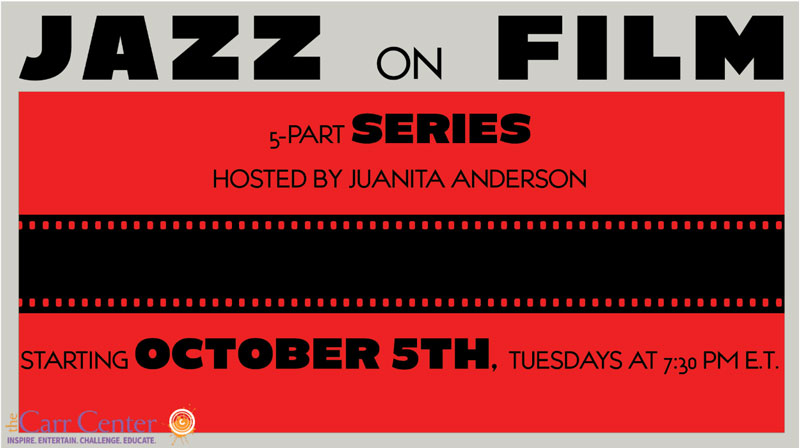 “Jazz on Film,” begins Tuesday, October 5, and continues weekly through November 2. Each screening is followed by a discussion with the hosts and special guests. The schedule is as follows:

Get details and register for the series here