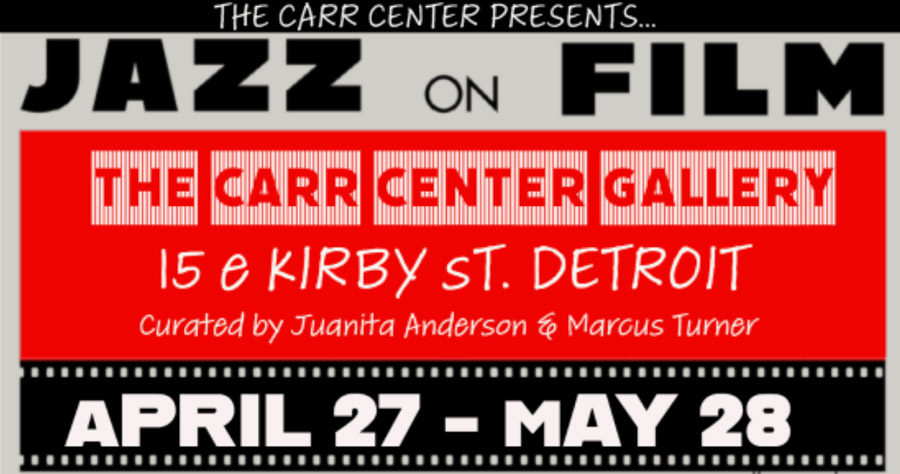 Since their early beginnings in the late 19th Century and their rise to mainstream popularity in the 1920’s, film and the African American music known as jazz have shared parallel and often intersecting histories. Jazz on Film explores the symbiotic relationship between these two great art forms through short films that feature jazz as performance, as soundtrack, as theme and inspiration for innovative film stories and forms. From the early years of sound-on-film through contemporary storytelling, we invite viewers to experience jazz across a broad range of film genres and forms.

Free jazz French horn player and composer Richard Dunbar (1944-2006), takes fellow musicians on a musical journey between dreams, fantasy and reality as he interrogates his mental health and explores the relationship between jazz, spirituality and life. (English with French subtitles)

Two Canadian artists—filmmaker Norman McLaren and piano virtuoso Oscar Peterson—join forces to create Canada’s first jazz inspired film. McLaren painted and etched directly onto film to create a visual that was perfectly synchronized to the music of the Oscar Peterson Trio. The resulting film is an avalanche of constantly changing lines, colors, and textures that seem to vibrate with every note.  Presented courtesy of the National Film Board of Canada.

Filmed only three years after her husband’s death, Alice Coltrane reflects on the legacy of John Coltrane, on her family, her spirituality and her music.  This short documentary features Alice Coltrane on harp and piano.

Max and Abbey, produced and directed by Stan Lathan (1970, USA,)

In Norfolk, VA, Max Roach and Abbey Lincoln share their thoughts on African American music, their relationship, and the role of Black artists as they rehearse and perform with the Norfolk State College Choir. Featuring George Cables on piano, Woody Shaw on trumpet, Reggie Workman on bass, and Gary Bartz on saxophone.

Animation and archival footage are intermixed in this touching portrait of Oscar Peterson at the twilight of an exceptional career, as he wistfully meditates on the price of fame and the impacts of the artist’s life on family life. From the young prodigy’s beginnings in Little Burgundy, Quebec to his triumphs on the international stage alongside the biggest stars of his time, the film is set to the tunes of Peterson’s sometimes catchy, sometimes melancholy-tinged compositions. Presented courtesy of the National Film Board of Canada.

Directed by the  Oscar Award winning documentarian, That’s My Jazz is a portrait of Milt Abel II, the son of Kansas City jazz legend Milt Abel Sr. Milt II became head pastry chef at The French Laundry and Per Se, and sous pastry chef at two-Michelin star restaurant Noma. As his career was rising, his father’s was coming to an end. Finding himself at a crossroads, Milt II pushes the button to turn back time.

Rodger Smith is in pain. And has caused plenty of hurt. The fate of two recently encountered young black people occupy his thoughts. An undocumented West African longing for home crosses his path. Most of all, he wants his estranged wife Josephine to come back home. All the while, a mysterious pain takes over the right side of his body. Only music can soothe his troubled soul.

Guest Curator Marcus Turner earned his MFA from the Kanbar Institute of Film and Television in New York University’s Tisch School of the Arts and a B.A., cum laude, from The University of Cincinnati. He is a member of The Directors Guild of America and Local 52 of the International Alliance of Theatrical Stage Employees. His directorial effort ET TU BRUTUS for HBO’s Peace: Live In It or Rest In It, a nationwide campaign against gun violence, won a CLIO Award and was nominated for an EMMY. Turner also won Best Music Video Director at the Kora All Africa Music Awards for his work with the African recording group – Bisso Na Bisso. His research concentrates on the formation of African American and World Cinemas and the intersection of Jazz and Cinema. Currently Marcus Turner serves as an Assistant Professor of Filmmaking and the Director of the Undergraduate Program in Media at The New School University. Currently he is completing a documentary on the future of public education and compiling an audio-visual archive of Jazz musicians making new music.

Film @ The Carr Host/Curator, Juanita Anderson, is a Carr Center Resident Artist. A producer, director, still photographer and media educator who was born and raised in Detroit, her creative work lies at the intersection of cultural history, artistic expression and the community responses to social injustice. She helmed the production of two groundbreaking African American public television series–Detroit Black Journal (1982-86) and Say Brother (1988-1993), before embarking on a career in independent media. She is best known for her work as executive producer of the 1988 Academy Award-nominated feature film Who Killed Vincent Chin? (a film by Christine Choy and Renee Tajima), the ITVS-commissioned series Positive: Life with HIV (1995), and the Favorite Poem Project Video Anthology (2000, 2006, 2014). Anderson was named the 2019-2020 Wayne State University Murray Jackson Creative Scholar in the Arts, where she heads the Department of Communication’s Media Arts & Studies programs. As producer/director, she is currently in production on two new films, the documentary short Reclamation, and the documentary feature film Hastings Street Blues.