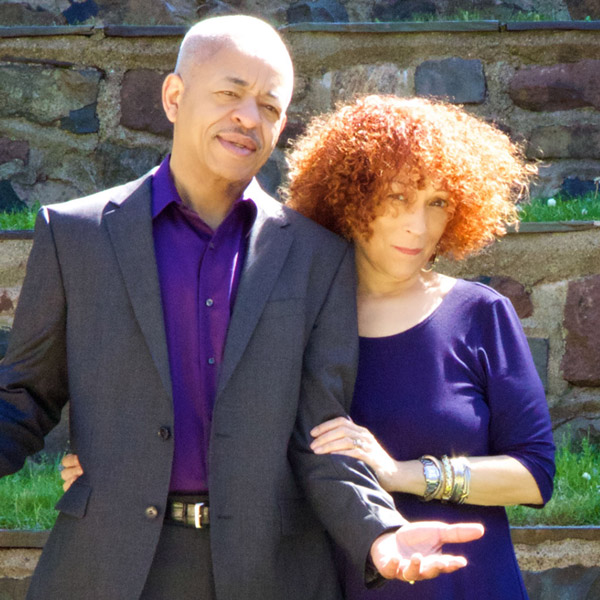 STEVE COLSON – aka ADEGOKE – pianist and composer, has performed internationally as a leader of jazz ensembles ranging from trios to orchestras. A critically acclaimed figure in modern jazz, Steve’s compositions are finding their way into the “jazz standard” repertoire and are being performed and recorded by some of today’s jazz greats as well as by his own group. He is recognized for his work as a pianist and has traveled throughout the world with his groups and other leading artists performing in the U.S., Europe, Africa, Asia and the Middle East. His latest CD as a leader “The Untarnished Dream” features jazz masters Andrew Cyrille and Reggie Workman with his wife and collaborator Iqua Colson appearing on select tracks.

IQUA COLSON has been praised internationally by the media and placed in the company of some of our finest known vocal innovators including Betty Carter, Ella Fitzgerald, Sarah Vaughan and Abbey Lincoln, Iqua’s work has been discussed in countless periodicals and books including a chapter in “Black Women & Music, More than the Blues” – which also features the great Leontyne Price.She has recorded and performed in the U.S. and overseas collaborating with great artists, most frequently with her husband decorated pianist/composer Steve Colson.She has a Masters of Public Administration and often works as a consultant on projects that use arts as a catalyst for educational and/or social change. These projects include everything from neighborhood planning and arts venue design to arts curriculum.

Join the conversation, Jazz on Film : part 3  on October 19th.