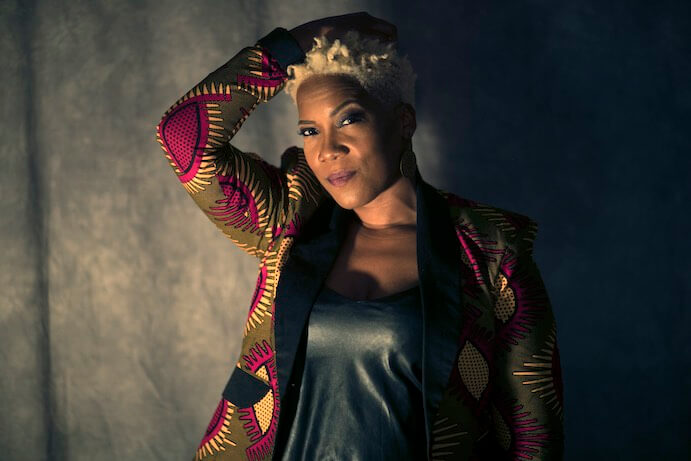 JoVia Armstrong is a well-traveled musician, composer, producer, and educator from Detroit, Michigan. She won the 2014 Best Black Female Percussionist of the Year through the Black Women in Jazz Awards. Shortly after, in 2015, she became an official member of Chicago’s Association for the Advancement of Creative Musicians (AACM), where she is now on the executive board serving as the organization’s Secretary. She is an endorsed artist with QSC, Sabian, Icon Pro Audio, and Gon Bops.

At Michigan State University, her mentor Francisco Mora- Catlett taught her Afro-Cuban hand percussion and got her hip to the history behind the music of the Black diaspora. After transferring to Columbia College Chicago, where she earned her B.A. in Arts, Entertainment, and Media Management, she worked for the Center for Black Music Research in Chicago.

She is the percussionist and a composer for Detroit-based World /Jazz group Musique Noire. Their 2008 debut CD “Good Hair” received three Detroit Music Awards nominations. They won the 2015 Best Black Female Jazz Group through Black Women in Jazz Awards and have a 2017 release entitled “Reflections: We Breathe.”