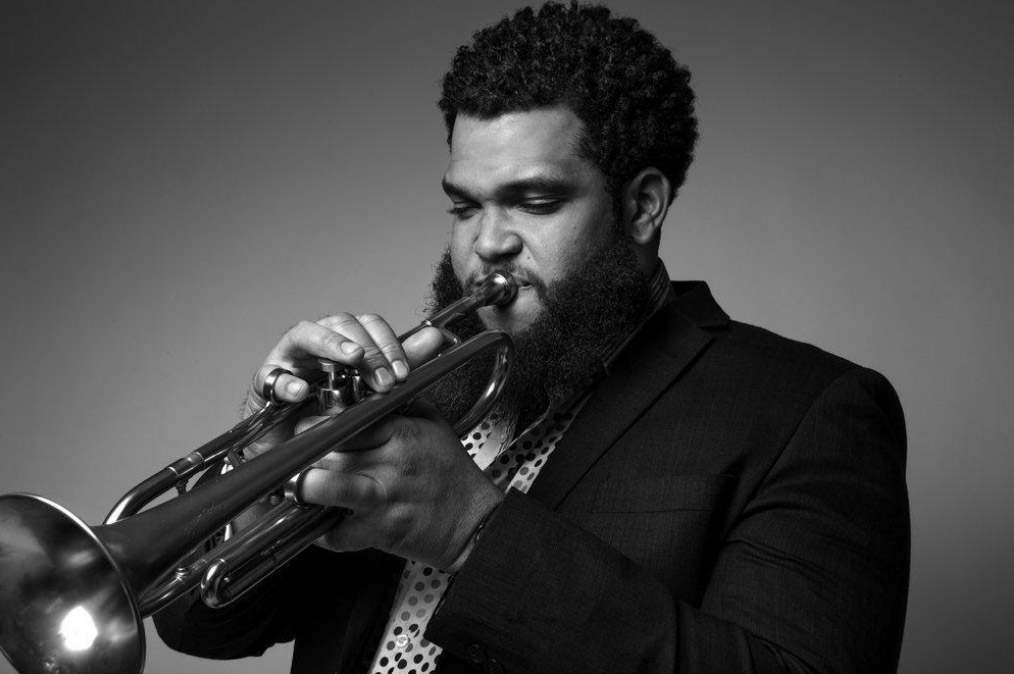 Kris Johnson is an award-winning trumpeter, composer, and educator. He has appeared on five Grammy-nominated albums and composed the original score for the four-time Emmy-nominated web series “King Ester”. Kris toured the world as a trumpeter and arranger with the Count Basie Orchestra from 2008-2019 and served as the Director of Jazz Studies at the University of Utah from 2015-2019. He is the creator and curator of the online educational series “Office Hours with Kris Johnson”.

A 2012 Detroit Kresge Artist fellow, Kris was also the recipient of the 2012 ASCAP Herb Alpert Young Jazz Composers award. Kris has been commissioned to write compositions and arrangements for the Count Basie Orchestra, Ken Thompkins (principal trombonist, Detroit Symphony Orchestra), Arts League of Michigan, Karen Clark Sheard, Yolanda Adams, the Clark Sisters, Detroit Symphony’s Civic Ensembles, as well as for a range of Metro Detroit community and high school bands.  He was recently commissioned by Plowshares Theater (Detroit, MI) in partnership with the Kresge Foundation to compose a musical influenced by Detroit’s historic Black Bottom and Paradise Valley neighborhoods. Hastings Street: The Musical is currently in development with music/lyrics co-composed by Kris and playwright/actor John Sloan III who also wrote the book.

Kris composed the music used in “Songs For My Right Side” which concludes our Jazz on Film series on Tuesday November 2 at 7:30 pm EST