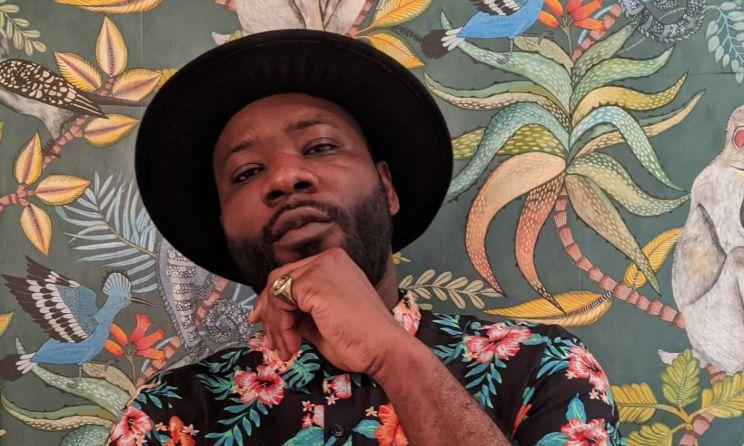 Blitz Bazawule is a Filmmaker and Musician born in Ghana and based in New York. Blitz’s feature directorial debut ‘The Burial Of Kojo’ premiered on Netflix in 2019 via array.
He co-directed Beyoncé’s Black Is King which earned him a Grammy nomination in 2020. Blitz is directing ‘The Color Purple Musical’ for Warner Bros produced by Oprah Winfrey, Steven Spielberg, Quincy Jones and Scott Sanders.
Blitz is the founder of Africa Film Society and the recipient of the Guggenheim Fellowship, the TED Fellowship and the Vilcek Prize.
His visually arresting short film, “Diasporadical Trilogìa”, was featured as part of our Film @ The Carr series, “CITIZEN in Pictures”, curated by Michelle Materre, founder of Creatively Speaking.
“Diasporadical Trilogia,” follows the story of a woman who mysteriously lived on three different continents at the same time. Through a magical realism lens, she shares her memories of growing up as a little girl in Brooklyn, a young lady in Accra and a middle aged woman in Bahia, while struggling with love, immigration and gentrification.
https://www.imdb.com/name/nm7577540/
https://www.instagram.com/blitzambassador/
https://soundcloud.com/blitz-the-ambassador