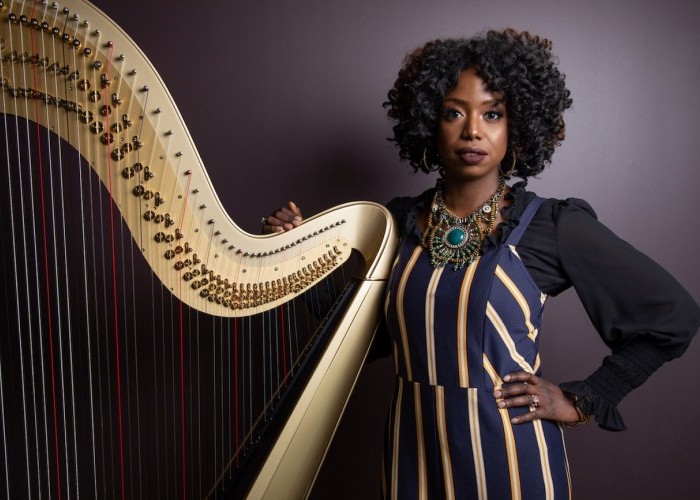 Brandee Younger is a classically trained musician who plays in the avant-garde tradition of Dorothy Ashby and Alice Coltrane and is known for expressive interpretations of traditional harp repertoire as well as her continued work with a diverse cross-section of musical talents. As an educator, event curator, performer, and leader of The Brandee Younger Quartet, she delivers a consistently fresh take on the instrument.

Brandee Younger is also a current Grammy Award nominee in the Best InstrumentalComposition category for her tune “Beautiful Is Black,” from her current major-label release Somewhere Different.

She has performed and recorded with artists including Pharoah Sanders, Ravi Coltrane, Jack DeJohnette, Terri Lyne Carrington, Common, John Legend, The Roots, Stevie Wonder, and Lauryn Hill. Younger is also currently on the faculty at New York University and the New School of Performing Arts in New York City.