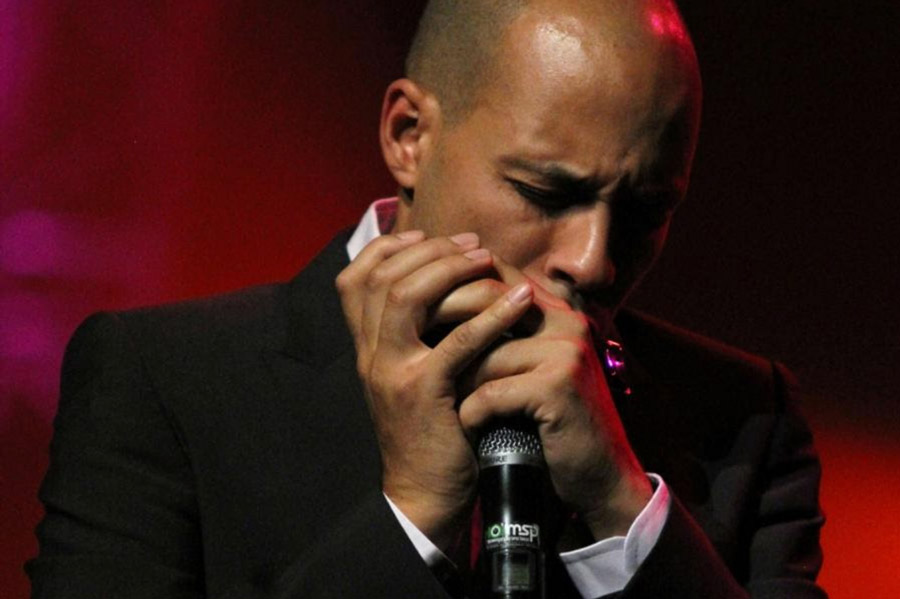 Featured artist : “To Stevie, with love”

Over the course of the past decade, Gregoire has emerged as a unique and compelling new voice across a wide spectrum of the modern jazz world. That his chosen instrument – the harmonica – is a relative rarity in the genre is one element in his singular sound, but far from the whole explanation. After all, the extensive list of heavy- hitters who have enlisted him for their own projects is unparalleled: Herbie Hancock, Pat Metheny, Cassandra Wilson, and Marcus Miller are some of his most prominent employers, none of whom have the patience to employ novelty for novelty’s sake.

Along the way, Maret has redefined the role of the harmonica, finding fresh pathways through a remarkable variety of styles. Herbie Hancock has called Maret “one of the most creative musicians around,” while Marcus Miller has declared that he is “carrying the instrument into the 21st century with prowess, passion, and creativity.”