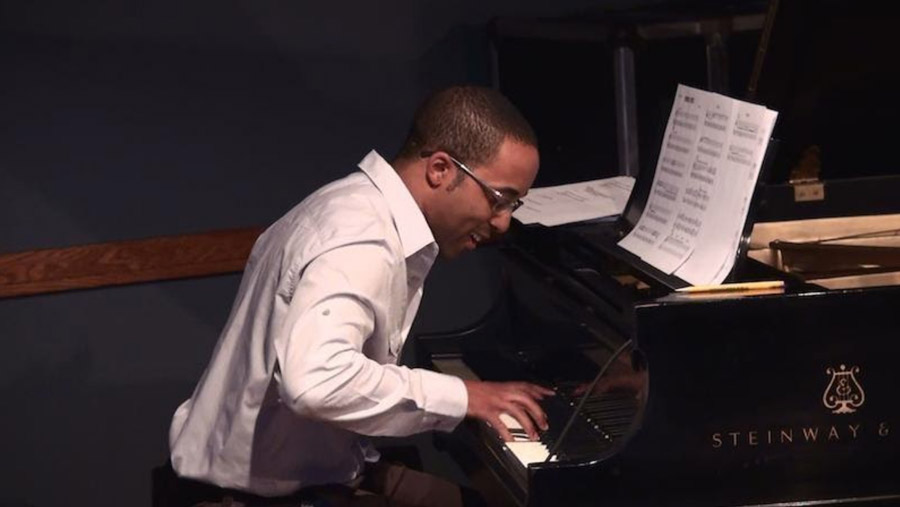 A very distinctive trait of New York/Boston-based jazz pianist Kevin Harris is his desire to constantly grow, evolve, improve, and advance. Harris plays a distinctive combination of traditional and contemporary music that seeks to celebrate the musical influences of Thelonious Monk and Miles Davis intersecting with J.S. Bach, Scott Joplin, and the folkloric African rhythms of the Caribbean.

Fred Hersch talks of Harris as one who “plays and writes with flair and real soul”, and DownBeat Magazine writes that “Harris’ compositions deal with themes of strength, love, courage, and self-awareness. It’s a heavy task he’s set up for himself, and he meets the challenge gracefully.”

Both live and recorded performances reflect Harris’ determination to capture his audience through explorative interactions that Terri Lyne Carrington describes as “an exciting commitment to quality”.

For tickets to the Stevie Wonder Tribute concert click here