Robin Wilson, is a gifted choreographer and dancer who has collaborated with the Carr Center for many years now. An Associate Professor of Dance at the University of Michigan for over 25 years she sees teaching, artmaking and activism as easy bedfellows – giving voice to untold stories and giving tools for others to speak their truth.

“I make dances because I have something to say. I teach dance so others can have voice and know where they come from. And I perform because I have to – it’s in my blood, in my DNA and it allows ME to shine through; because dancing is how I breathe.” 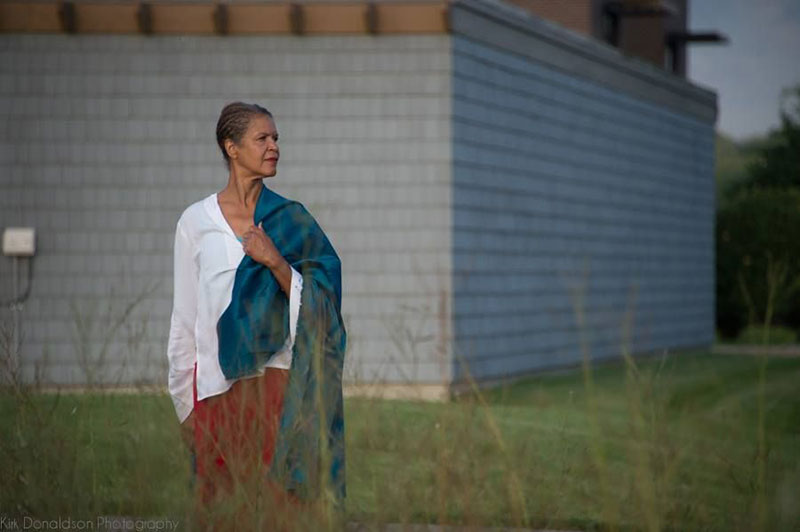 Choreographed by Robin Wilson in 2001 for the University Dance Company, Hot Five Rondo
premiered at the Power Center for the Performing Arts in Ann Arbor Michigan.

Ms. Wilson first collaborated with the Carr Center when the organization was located in the Harmonie Club in downtown Detroit. She was interested in creating an annual residency of the University’s Freshman Touring Company at the Carr Center to support dance performances and workshops for Detroit area middle and high school students. That partnership still exists today.

She has also presented and performed her own work at the Carr Center (Sweet Pairings in 2014 and Michigan Dances in 2015) with a little help from her friends. 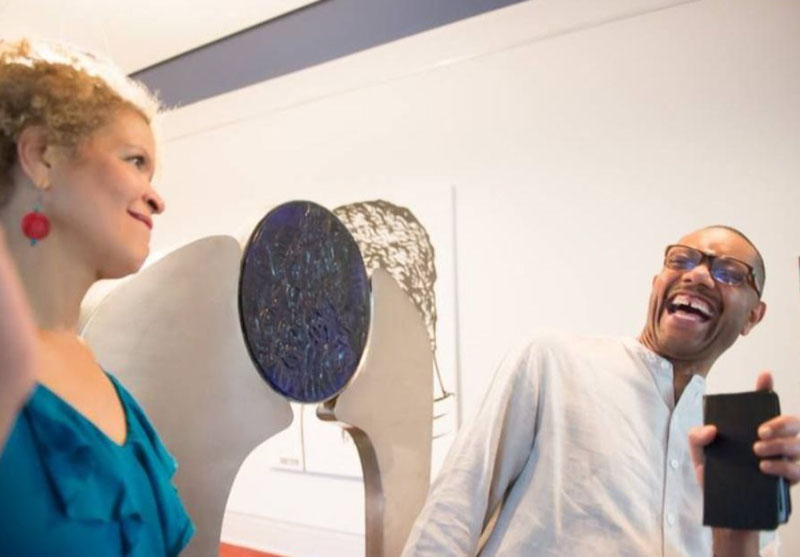 Robin Wilson enjoying a moment with Carr Center President Oliver Ragsdale Jr. the same evening of her dance concert in 2014.

This video is an excerpt from the triptych Dreamcatchers, recorded from SR. Performed June 12, 2014 at the Carr Center of Detroit. Music: Anthony Elliott on cello; Dancers (in alpha order) Jennifer Harge, Ambika Raina, Nola Spora Smith, and Robin Wilson

“I see myself as having three tiers, but they all are shaped from the idea of speaking truth.The more I know, the more I can say. It then follows then that the more I can help OTHERS know, the more THEY can say. Overtime, that philosophy has shifted to be “think globally, act locally” and that is where a lot of my research has been grounded, connected to social justice, activism, and using the arts for the betterment of humankind as well as my own self-exploration.

It’s connected in some ways to my years of work with Urban Bush Women 1) because of its vision, 2) its interdisciplinary approach that looked backward as well as forward (that valued African American modes of movement and expression, 3) the idea of

Sankofa, 4) the missive to dance with meaning , like it was important”

That’s because it is important Robin Wilson, and so are you. Thank you for all your years of collaboration with the Carr Center. We look forward to many more.