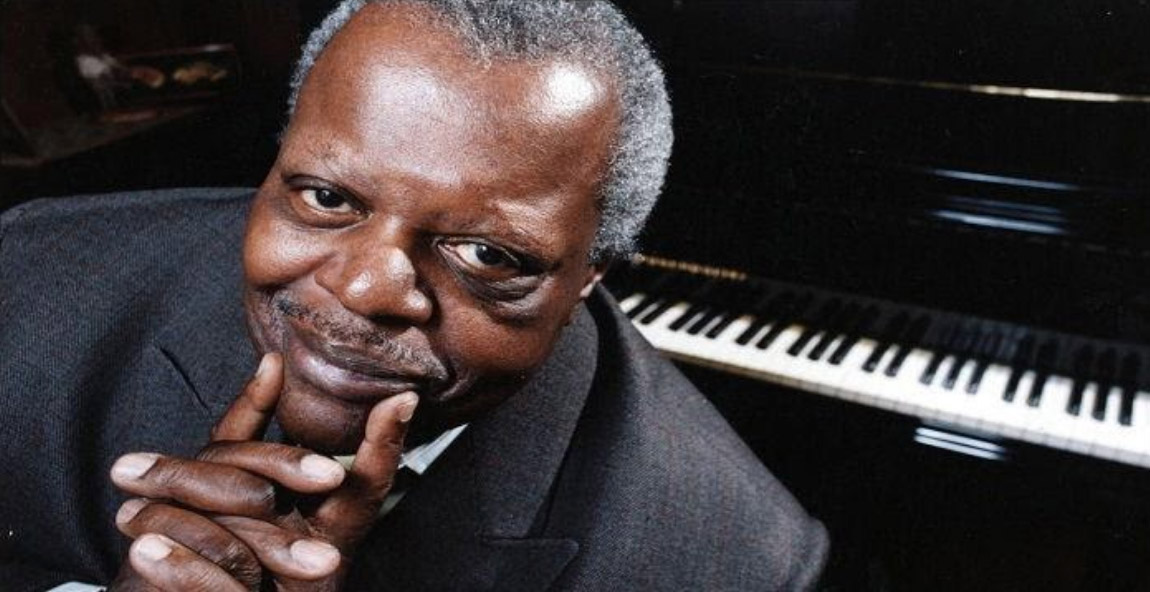 The word “virtuoso” can sometimes be bandied about too freely, but in the case of pianist Oscar Peterson, it is perfectly descriptive! Peterson enjoyed a long and successful career, winning many prestigious, international awards, including a concert hall named for him in his hometown. Born into a musical family in Montreal, Canada, on August 15, 1925, the fourth of five children, he left high school to become a professional musician with the admonition by his father “…not to be another piano player, but to be the best.”

His big break came when Norman Granz presented him at the 1949 Jazz at the Philharmonic in Carnegie Hall. The following year Peterson won the Downbeat reader’s poll, the first of several wins through 1967. By the late ‘50s his was the highest paid jazz trio in the world, according to Gene Lees, author of Oscar Peterson: The Will to Swing.

During his long career as an internationally respected pianist, Peterson exerted an influence on musicians beyond just pianists. What sets Peterson apart, says Lees, is his embodiment of “the vast emotional and technical range of the instrument…. I consider him one of the greatest pianists not only in jazz history but in all musical history, from the time Bach tempered the keyboard.”

On Tuesday, October 26th we will present the documentary film “Oscar”, directed by Marie-Josée Saint-Pierre (2016, Canada) as part of our Jazz on Film Series. This intimate film intermixes animation and archival footage in a touching portrait of Oscar Peterson at the twilight of an exceptional career, as he wistfully meditates on the price of fame and the impacts of the artist’s life on family life. Presented courtesy of the National Film Board of Canada.