Over the past several weeks we have been sharing videos with you of concerts and other performances, tours of the gallery, and getting you up close and personal with our artistic leadership. Today we begin introducing you to the world class artists who have graced our stage and our classrooms over the years. It was through the Carr Center many of these truly gifted artists were introduced to Detroit audiences for the very first time.

George Faison shared his brilliance with Detroit and the Carr Center in 1995 and again in 1996, directing and choreographing two separate productions of the Langston Hughes classic “Black Nativity”, starring Stephanie Mills and Tremaine Hawkins. 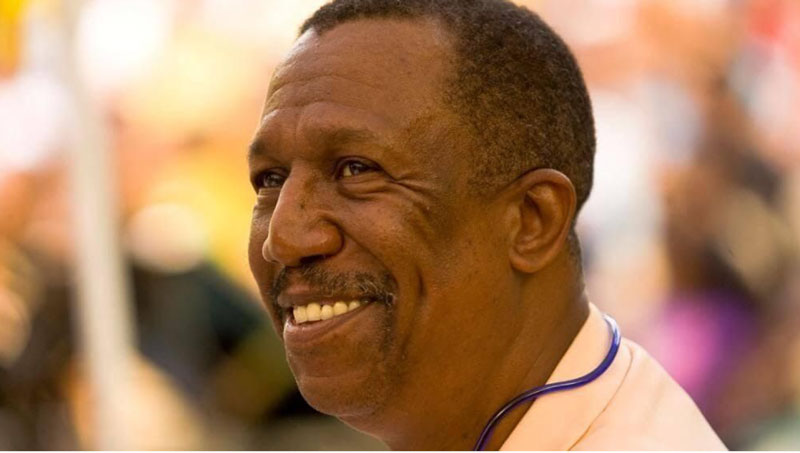 Do you remember the first time you ever saw The Wiz , the glorious and critically acclaimed African-American retelling of the L. Frank Baum classic, The Wonderful Wizard of Oz ? For many of us this trans-formative production altered our relationship with Broadway itself, allowing us to see ourselves and our talents performing on those hallowed stages, inside those previously unattainable theaters.

The year was 1974 and George Faison put his permanent mark on Broadway with his visionary work in The Wiz becoming the first ever African American to win a Tony Award for Best Choreography.

In honor of the Broadway hit’s 40th anniversary, SummerStage and Faison presented three evening performances of the show. A number of members of the original Broadway cast returned for this celebratory run. André De Shields reprised his original role as the Wiz and Dee Dee Bridgewater, Tony Award winner for her role as Glinda the Good Witch, also returned. Carr Center Artist in Residence, Damien L. Sneed was musical director and conductor.

His inspiring career spanned 6 decades and crossed all genres but George Fasion remains above all else a teacher and a mentor, who life’s dedication helped shape the legendary careers of Phylicia Rashad, Debbie Allen, Stephanie Mills, Gary DeLoatch, Geoffrey Holder and countless others.

And that legacy continues even today in his beloved Harlem , where Faison converted an old firehouse, turning it into the Faison Firehouse Theater, a word-class performing arts facility creating opportunities for the next generation

Faison purchased the abandoned firehouse on Hancock Place (one block south of 125th Street) in 1999 and renovated it in several stages. In its present configuration, the building features a 350-seat auditorium, a café, dance and rehearsal space, and a recording studio.

Bravo Mr. Faison! We look forward to working with you again soon!