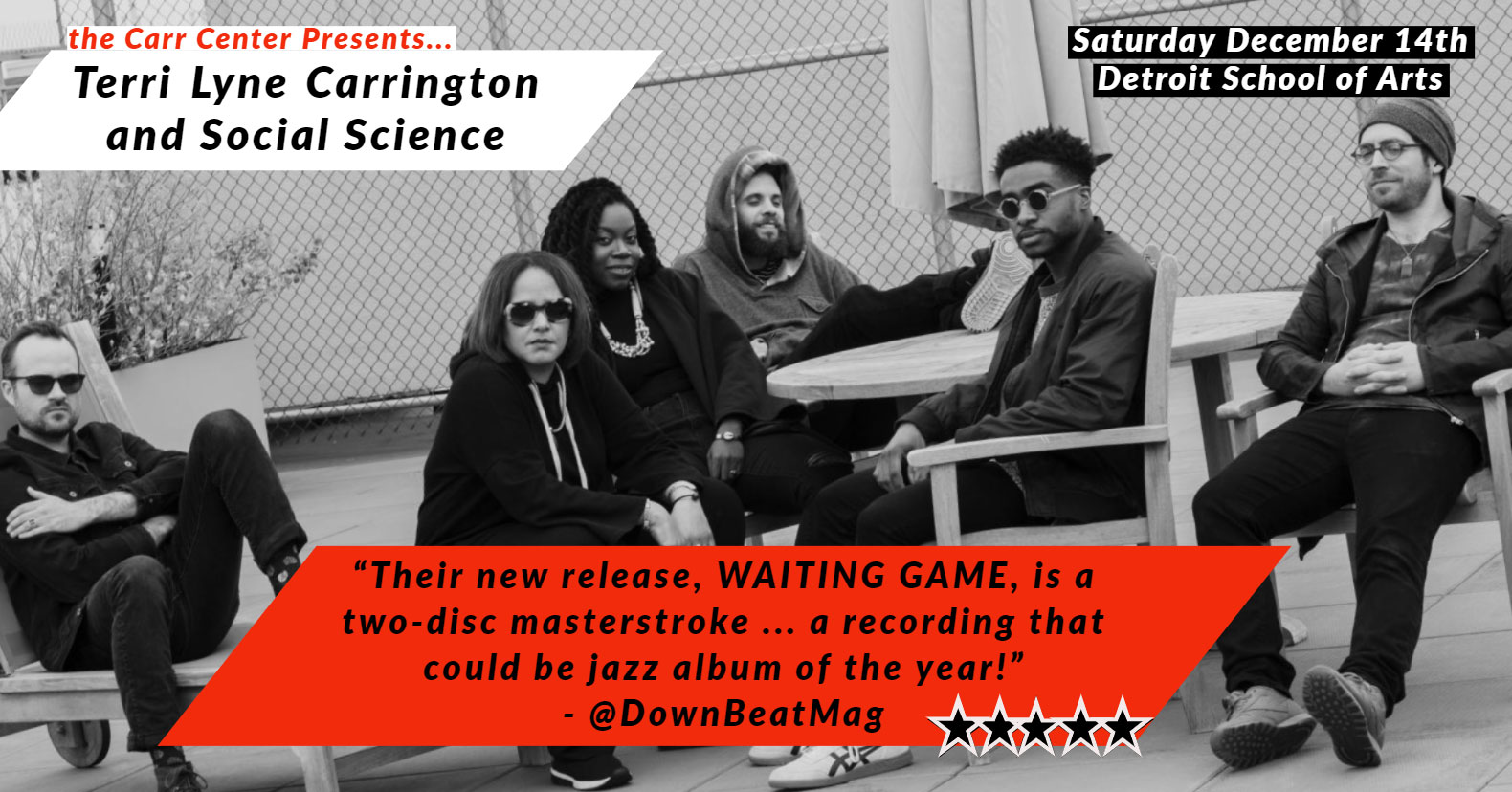 Waiting Game is as thought-provoking and artistically evocative as it is musically exhilarating. Produced by Carrington and built around her friendship and collaboration with co-producers, pianist Aaron Parks and guitarist Matthew Stevens, and additional band members Morgan Guerin (bass & sax), Debo Ray (vocals) and Kassa Overall (MC/DJ), the album features a diverse ensemble that spans multiple generations, racial, ethnic, sexual and gender identities. The band states: “Along with a message of wakefulness, inclusiveness, and noncompliance, we’ve summoned our musical influences to offer an eclectic alternative to the mainstream. Music transcends, breaks barriers, strengthens us, and heals old wounds. Music is Social Science.”

As Social Science was in its early stages, Carrington also founded the Institute of Jazz and Gender Justice at Boston’s Berklee College of Music, where she holds the position of Zildjian Chair in Performance. Both projects point to Carrington’s drive to combine her musical passion with her profound regard for humanity, inflamed by the cultural divisiveness brought into the light by the 2016 presidential election. “I think there’s an awakening happening in society in general,” she says. “I feel a calling in my life to merge my artistry with any form of activism that I’m able to engage in.”