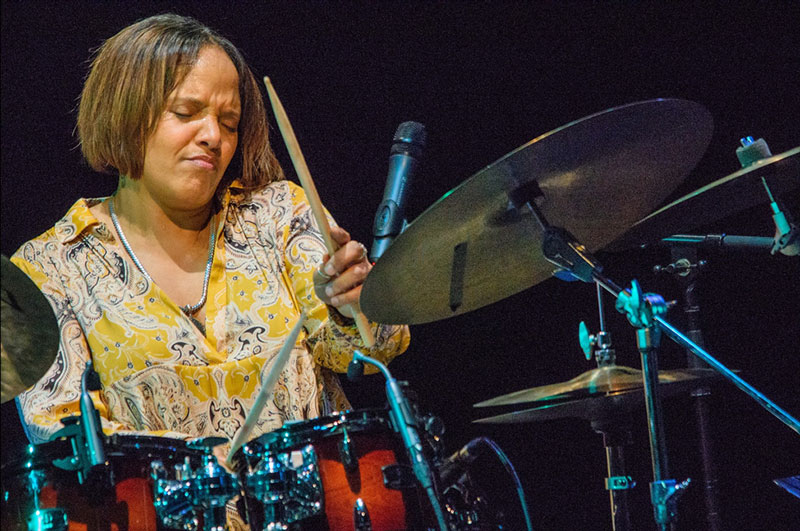 This prestigious honor is not a lifetime achievement award, though Ms. Carrington‘s stellar career is certainly worthy of that recognition. Instead, the Doris Duke Award is a $275,000 investment in individual artists who have demonstrated important and vital commitment to their craft; as well as recognizing their future potential contributions to the fields of jazz, contemporary dance, and/or theater. This noteworthy investment provides these extraordinary artists with the freedom of unrestricted financial support to take creative risks, explore new ideas and pursue professional or personal projects.

“The endorsement from my colleagues really means a lot to me because for a long time I thought I was not fully accepted by my peers, and played mostly with people from a generation or two before me,” said Carrington. “I’ve tried to keep reinventing myself with diverse projects and by working with forthcoming cutting-edge artists, which is also why I teach. So this means the world to me—and, of course, the financial reward is an astounding gift and validation that people care about what you’re doing.” 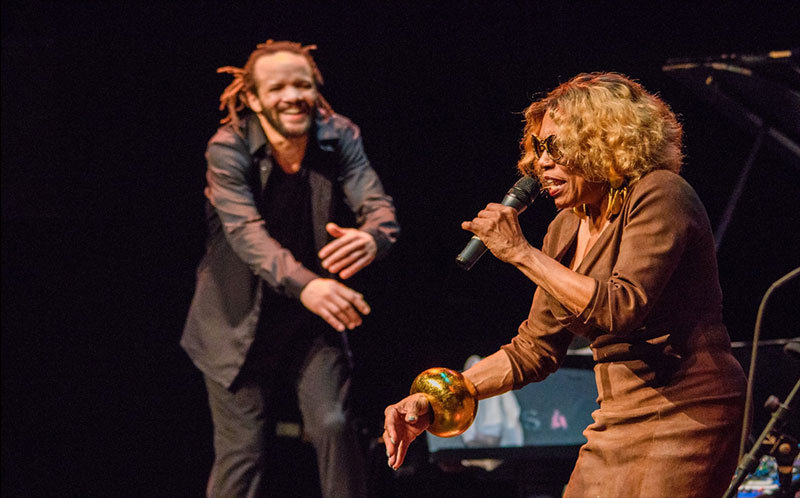 “We don’t think it’s happenstance”, said Oliver Ragsdale, Jr. , President and CEO of the Carr Center,  “ that we now have two Doris Duke Award recipients leading our organization. We know we’ve been blessed!” He continued, “ Having truly important artists like Terri Lyne Carrington and Dee Bridgewater helming our artistic vision, now and into the future, will allow the Carr Center to fly higher than ever before, to touch more people and change more lives. Our artistic plans for the 2019-2020 season are well underway and we invite all of Detroit and the world to join us as we continue to  present, create, teach and lift up artistic excellence every day … in every way!”

More about the Carr Center…

the Carr Center Presents utilizes an array of local venues to bring national, regional and local performing and visual arts to metro-Detroit.

the Carr Center Artist Hub provides support and space for community-based artists and arts organizations to do and/or create their work.

We invite you to support the work of the Carr Center. Subscribe to a season pass, donate and/or volunteer. Contact sarah@thecarrcenter.org for more information.

With technical wizardry and profound creativity, Terri Lyne Carrington, has become one of the giants of today’s jazz music. A three-time GRAMMY Award-winning drummer, composer and producer, Carrington began her professional career at only 10 years old and received a full scholarship to Berklee College of Music at the age of 11. She is the first female artist to ever win the GRAMMY Award for Best Jazz Instrumental Album.Over the four-decade-plus span of her career, she has played with Herbie Hancock, Wayne Shorter, Cassandra Wilson, Dianne Reeves, Pharoah Sanders and Esperanza Spalding, among countless other jazz luminaries

Carrington has collaborated with acclaimed visual artists Mickalene Thomas and Carrie Weems, and has curated musical presentations at Harvard University, Schomburg Center for Research in Black Culture and the John F. Kennedy Center. She was appointed professor at her alma mater in 2005 and is currently the founder and artistic director of the Berklee Institute of Jazz and Gender Justice, whose mission is to recruit, teach, mentor and advocate for young musicians seeking to study jazz with gender equity as a guiding principle.  She is also the artistic director for the Berklee Summer Jazz Workshop, and co-artistic director of The Carr Center in Detroit.

Putting a unique spin on standards and reinventing jazz in bold ways, Dee Dee Bridgewater is one of the nation’s most talented jazz vocalists. She has enjoyed a multifaceted career spanning four decades on her way to becoming a Grammy and Tony Award-winning jazz giant. She earned her first professional experience as a member of the legendary Thad Jones/Mel Louis Big Band, and throughout the 70s she performed with such jazz notables as Max Roach, Sonny Rollins, Dexter Gordon and Dizzy Gillespie. After a foray into the pop world during the 1980s, she relocated to Paris and began to turn her attention back to Jazz. Bridgewater produces all of her CDs and has released a series of critically acclaimed titles. All but one, including her wildly successful double Grammy Award-winning tribute to Ella Fitzgerald, Dear Ella, have received Grammy nominations.

Bridgewater also pursued a parallel career in musical theater, winning a Tony Award for her role as “Glinda” in The Wiz in 1975. Her other theatrical credits include Sophisticated Ladies, Black Ballad, Carmen, Cabaret and the Off-Broadway and West End Productions of Lady Day, for which Bridgewater received the British Laurence Olivier Nomination for Best Actress in a Musical.

Community conscious, Dee Dee is currently a Goodwill Ambassador to the United Nations’ Food and Agriculture Organization (FAO) and serves a the Co-artistic Director of the Carr Center in Detroit, Michigan.

In 2016, Bridgewater became a recipient of an NEA Jazz Masters Fellows Award with honors bestowed at the Kennedy Center in April 2017 and in 2019 she received the distinguished Doris Duke Artist Award for her continued contributions to the development of jazz.